We’re Gonna Have Some “Girl Problems” at CCMF! 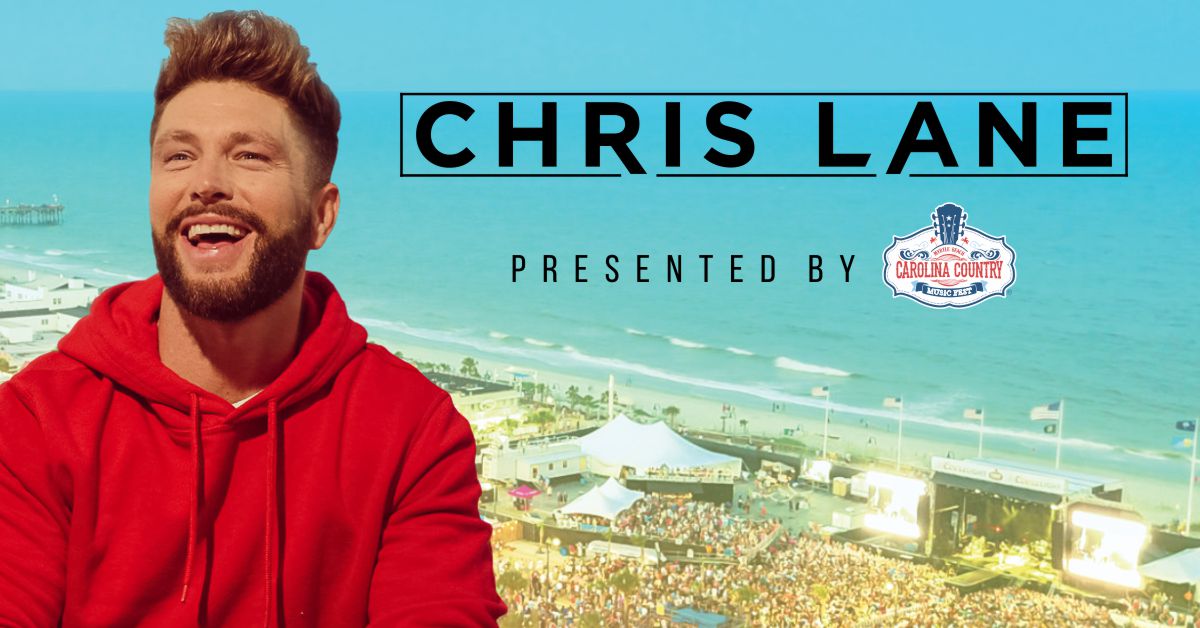 We are so excited to announce Chris Lane, 2017 ACM New Male Vocalist of the Year nominee and singer/songwriter of “For Her” and “Take Back Home Girl,” will be performing ‘for us’ at CCMF this June!

An American country music singer and songwriter, Chris grew up right here in the Carolinas listening to Garth Brooks, Usher and Justin Timberlake. He and his twin brother played sports in high school and college, but an injury left Chris focused on his guitar and set to transition from playing sports in stadiums, to singing in them.

With a new passion for music, Chris started a cover band that played in the High Point University cafeteria and quickly became a must-see act in town. He decided to audition for the seventh season of American Idol, but didn’t make it to Hollywood. Afterwards, he fronted for the Chris Lane Band and moved to Nashville.

Since his move, Chris has opened for The Band Perry, Eli Young Band, Lee Brice, Chris Young, Brantley Gilbert and Florida Georgia Line and has toured with Dustin Lynch, Kelsea Ballerini and Rascal Flatts, making a name for himself as one of country music’s most innovative new stars.

Chris strives to create music that infuses many different music genres, aspects and influences into one unique sound, that always pushes forward. His first single, “Fix,” on his album, “Girl Problems,” topped the Country radio charts, has been certified GOLD in both the U.S. and Canada and surpassed both 25.8 million streams on Spotify and 6 million views on Vevo. The song accumulated the most first week single adds from a debut male artist in Country Aircheck history, while gaining popularity with popular artists like Selena Gomez, Lucy Hale, Daughtry and others.

While Chris might have some ‘Girl Problems,’ as the title of his debut album suggests, his music appeals to country and pop lovers alike. Maybe it’s his signature, sultry falsetto mixed with his country roots or maybe it’s those earth-shattering high notes mixed with banjo plucks and a danceable beat that gets everyone going, but either way we know we can’t wait to hear Chris perform this June at CCMF!

Coors Light is back, baby!

Wanna be this close to the artists?